During my internship at DAE Research, I got the opportunity to research and work with DirectX 12 and real-time raytracing.

This project is available on GitHub: https://github.com/SeppahBaws/DirectX-Raytracing.

Some of the currently running projects specific to video games are:

The main project I worked on during my internship, was about implementing adaptive sampling in a real-time raytracing application.

The concept of adaptive sampling is to reduce noise in the final image, by tracing more rays for each pixel. Of course, tracing more rays requires more compute power, which isn’t always possible if we want to maintain interactive framerates.

This is why we calculate the variance before each time we trace more rays. If the variance is low enough, we know tracing additional rays won’t contribute much more to the final image and we can stop tracing more rays for this pixel.

The variance is calculated using the formula below: 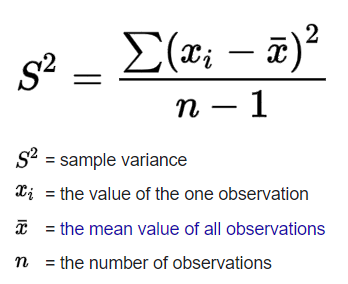 To save time setting up a DirectX 12 application, I started from the MiniEngine framework. It allowed me to quickly set up an application with DirectX 12 so that I could simply hook in the raytracing part.

In the first pass, we raytrace all the effects at 1 ray per pixel. 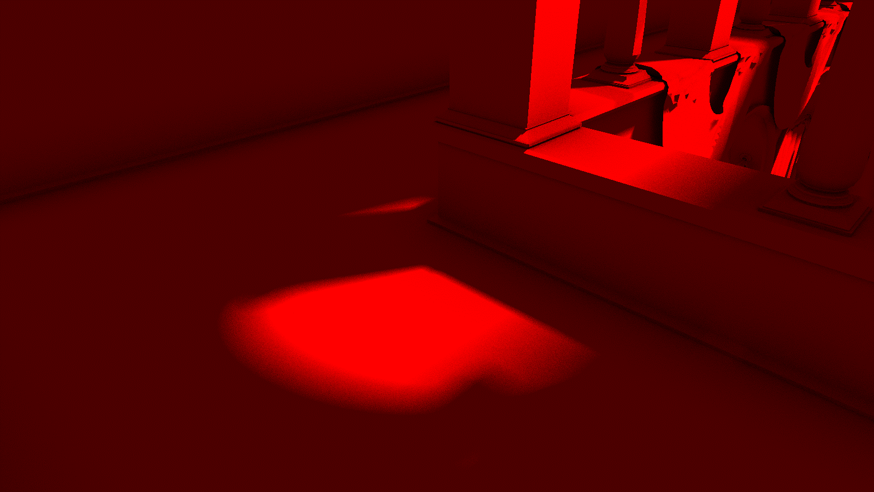 Next up, we pick out all the noisy pixels. To do this, we calculate how much a pixel varies from the pixels around it. This value is then output to the texture: 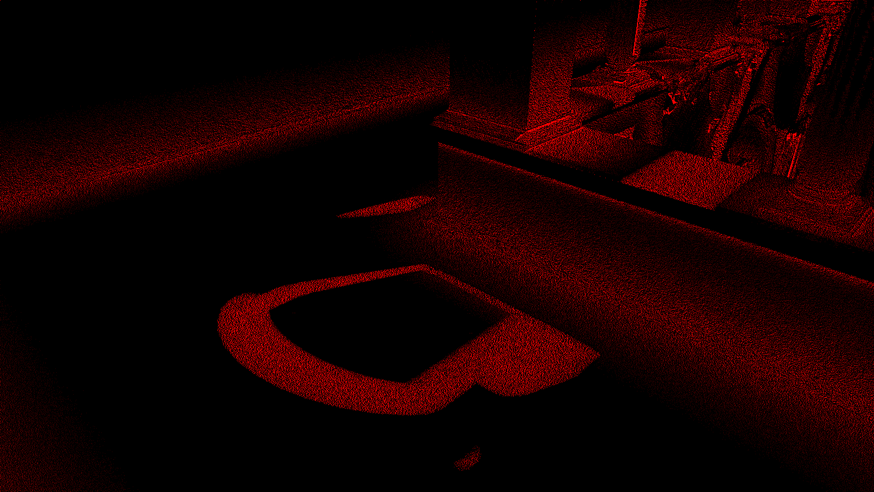 This result is then passed to a “blurring” stage, so we know the general area where noise is. Using this “noise map”, we can discard large parts of the image, because we know that there is no further noise to clean up in those areas. 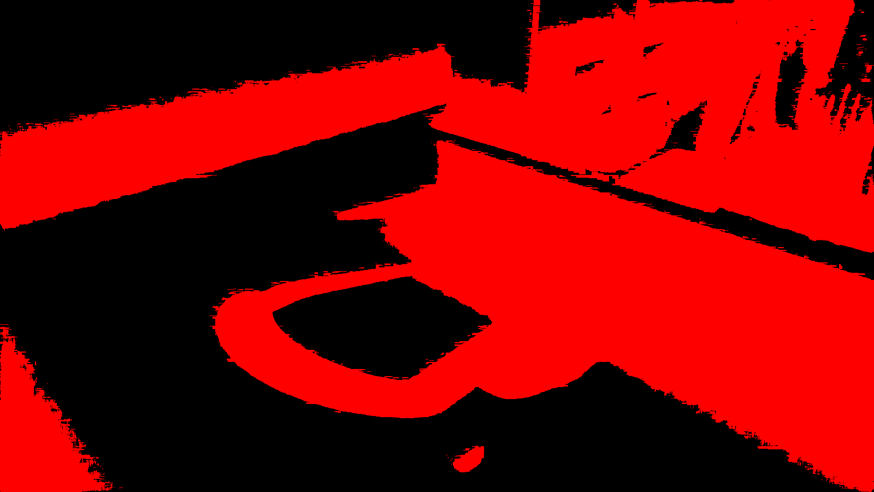 With the noise map that acts as a mask, we can now trace additional rays. We can control the number of extra rays we trace thanks to the useful engine variables in the MiniEngine.

This is the early-out variance check. If the variance is low enough, it will exit out of the ray generation shader, thus not tracing more rays:

And at last, the final result gets combined with the texture colors from the scene, and we end up with an image that looks something like this: 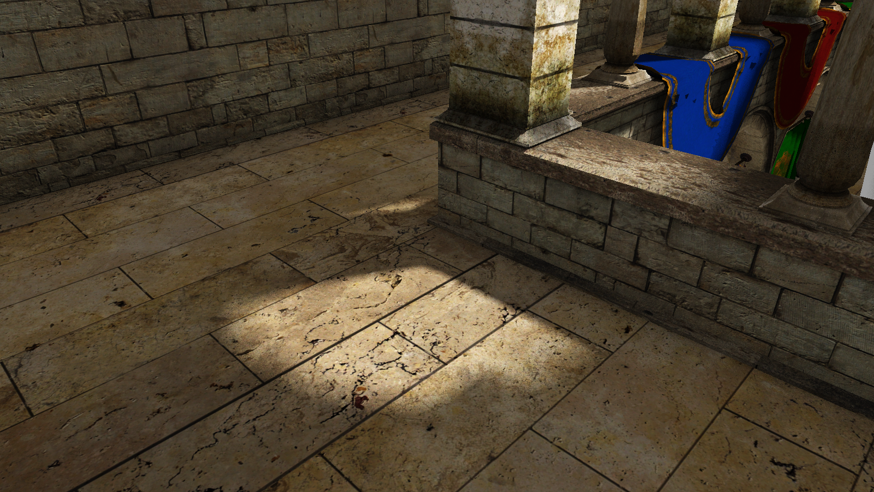 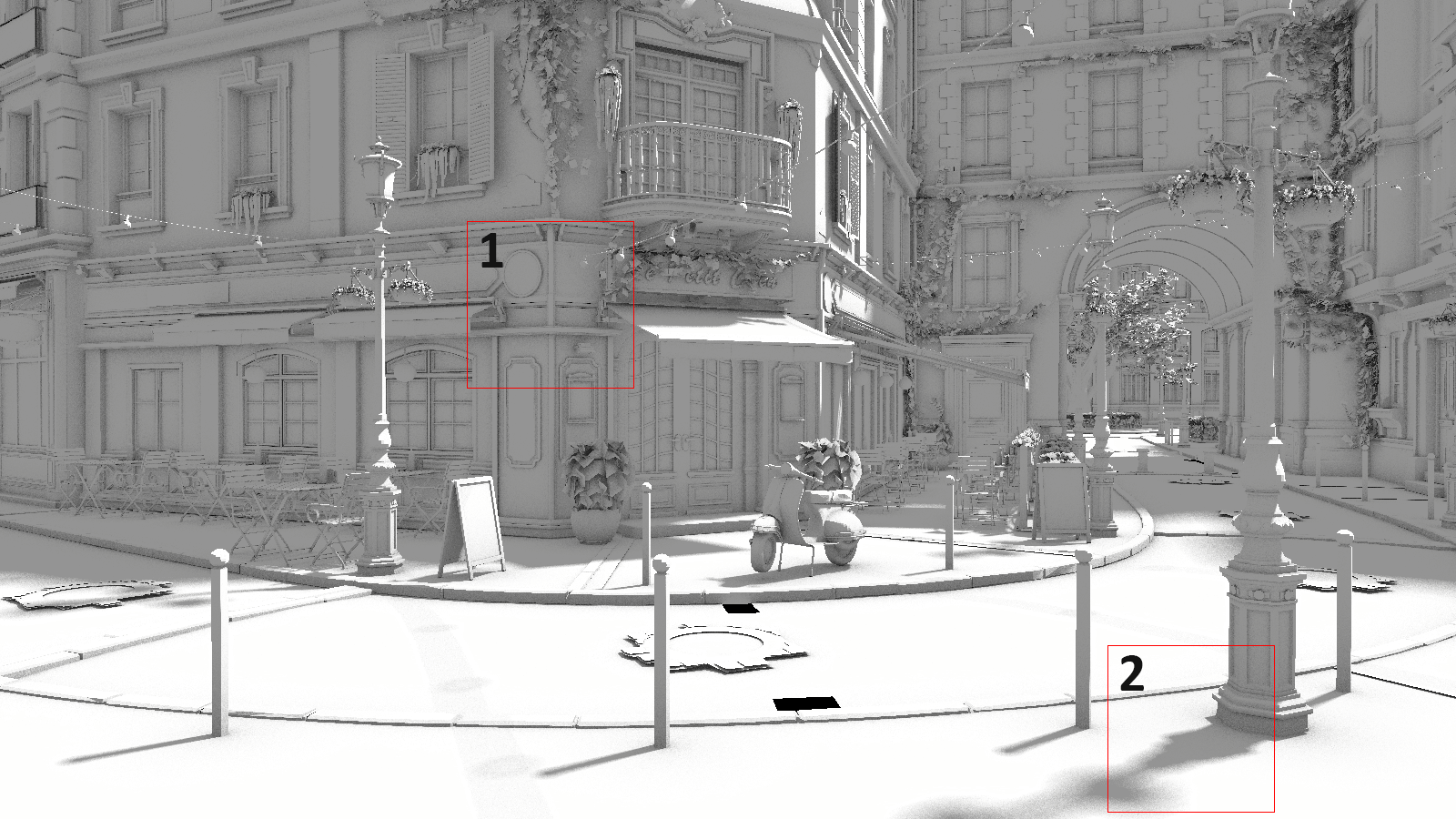 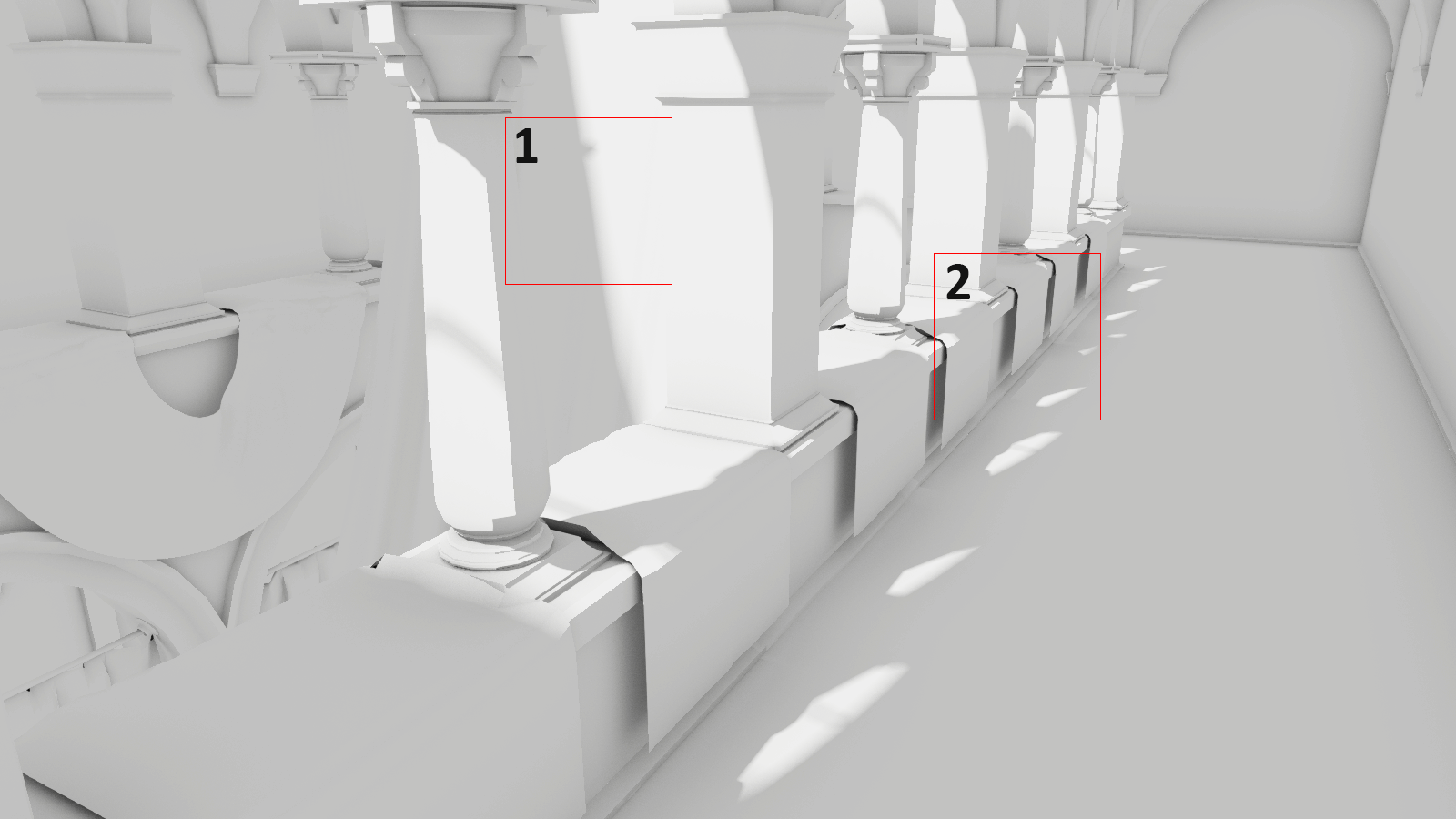 The right half of the image always results in a much cleaner render with a lot less noise, because more rays have been gathered in the right zoom-in. 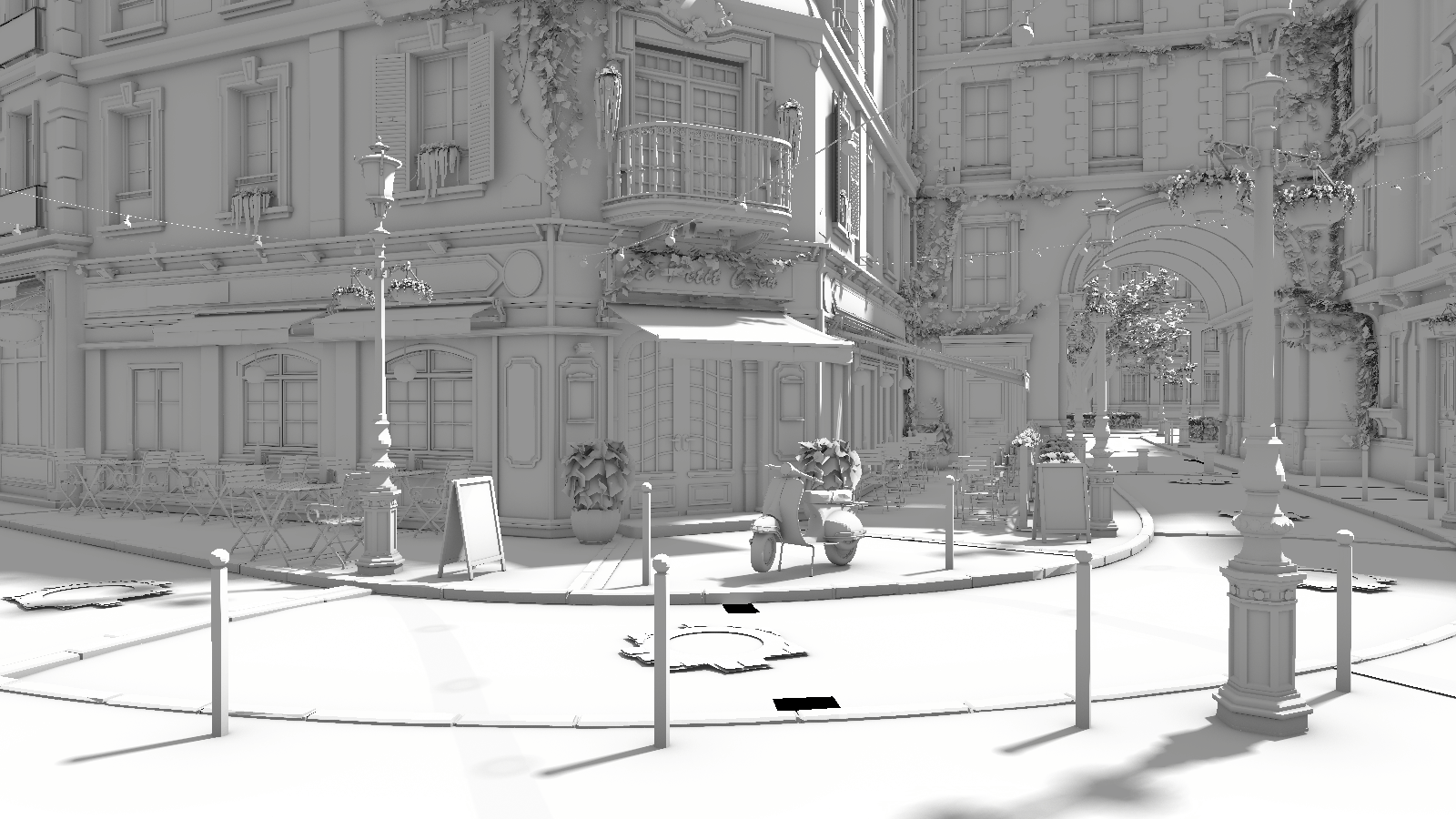 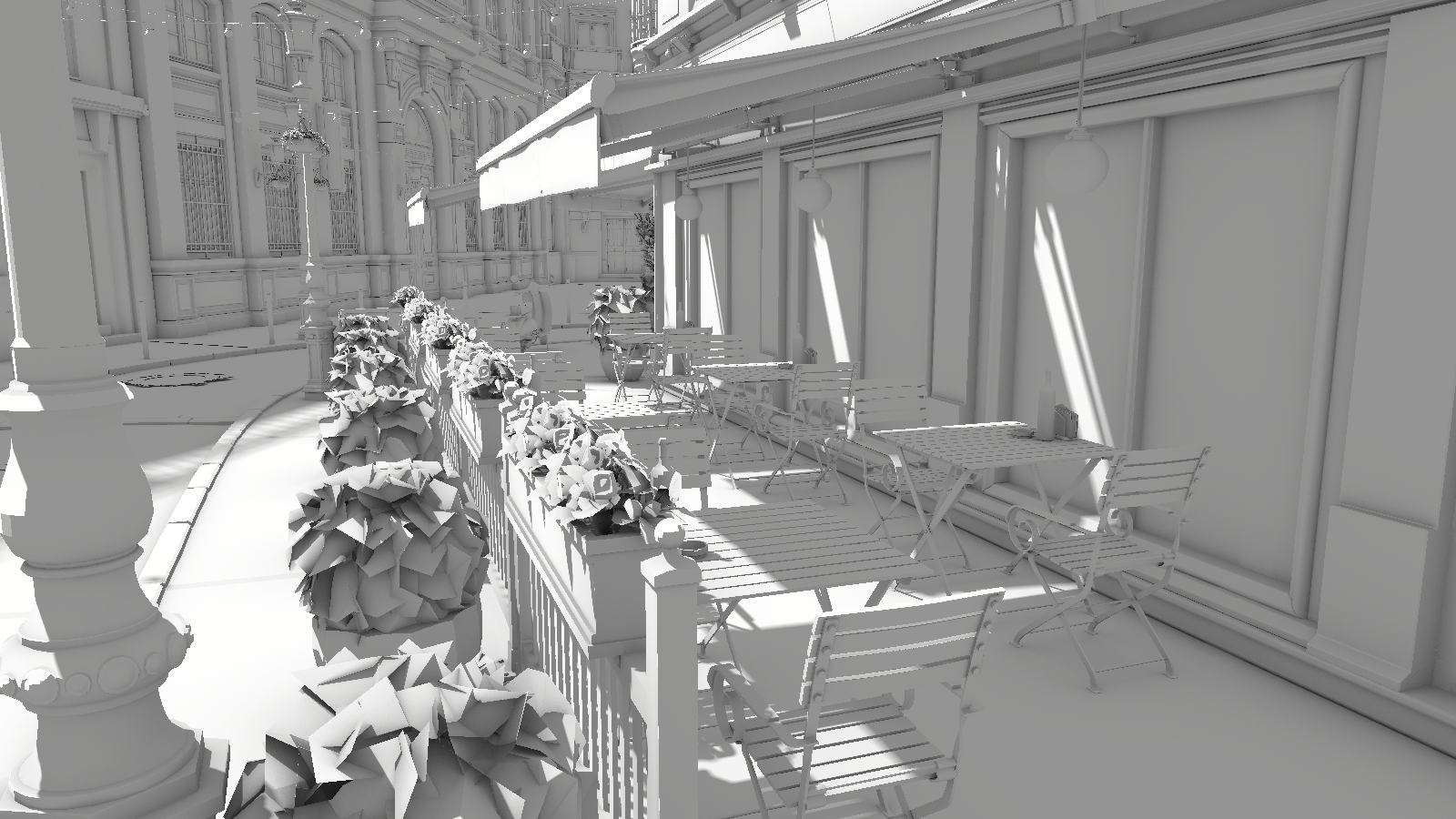 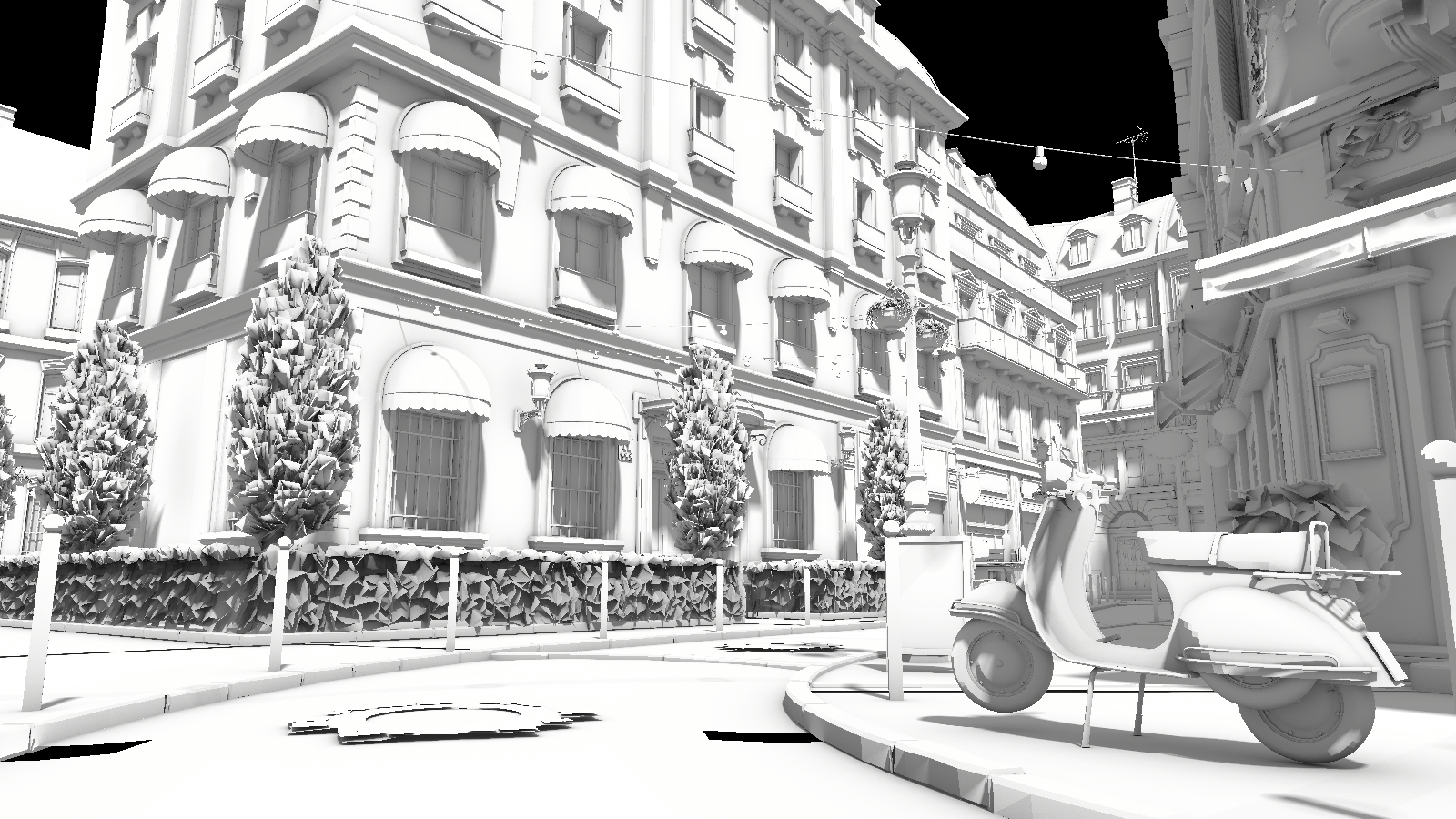 The configuration used for this benchmark:

Performance was measured on a machine with an Intel i9-9900k, and a NVIDIA RTX 2080 GPU. Each frame I measured the total GPU time, measuring 1000 frames in total.

Over time as more rays are traced for each pixel, and thus the amount of noise gets reduced, there are fewer noisy pixels that need additional rays to be traced. As you can see, this leads to lower GPU frame time as we render more and more frames.

I had some fun testing out all the different scenes and lighting conditions, here are some of my favorites: 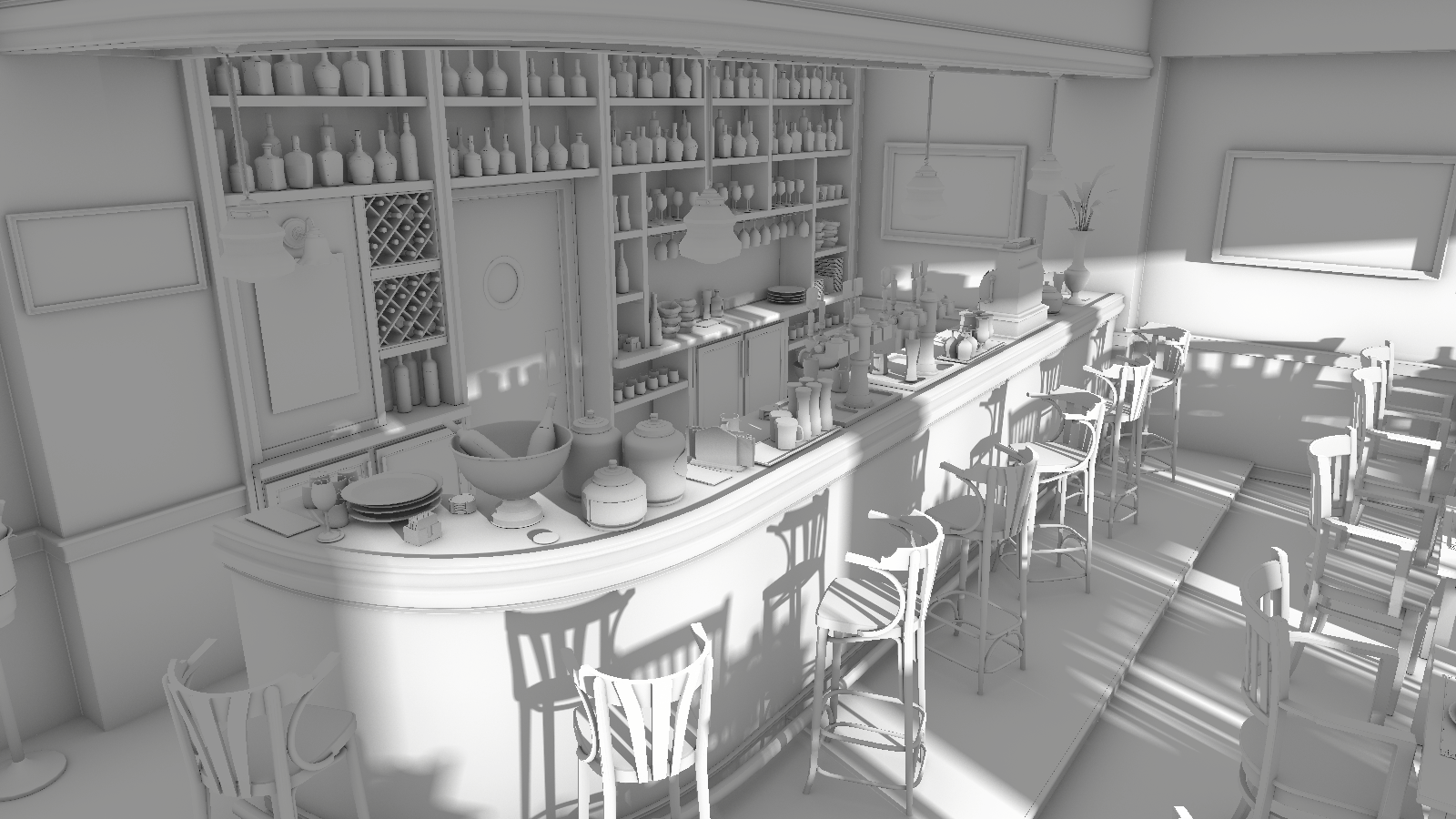 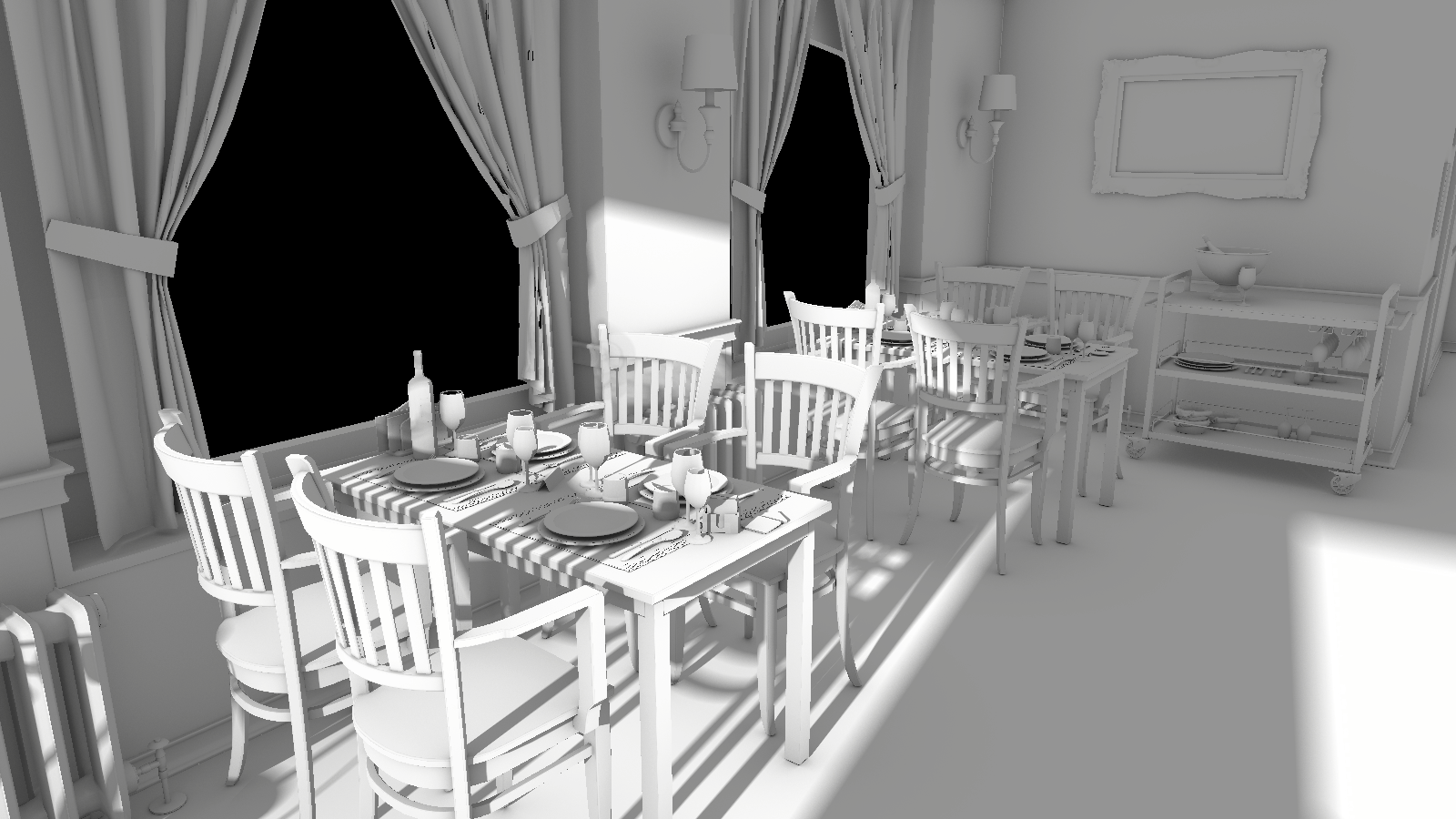 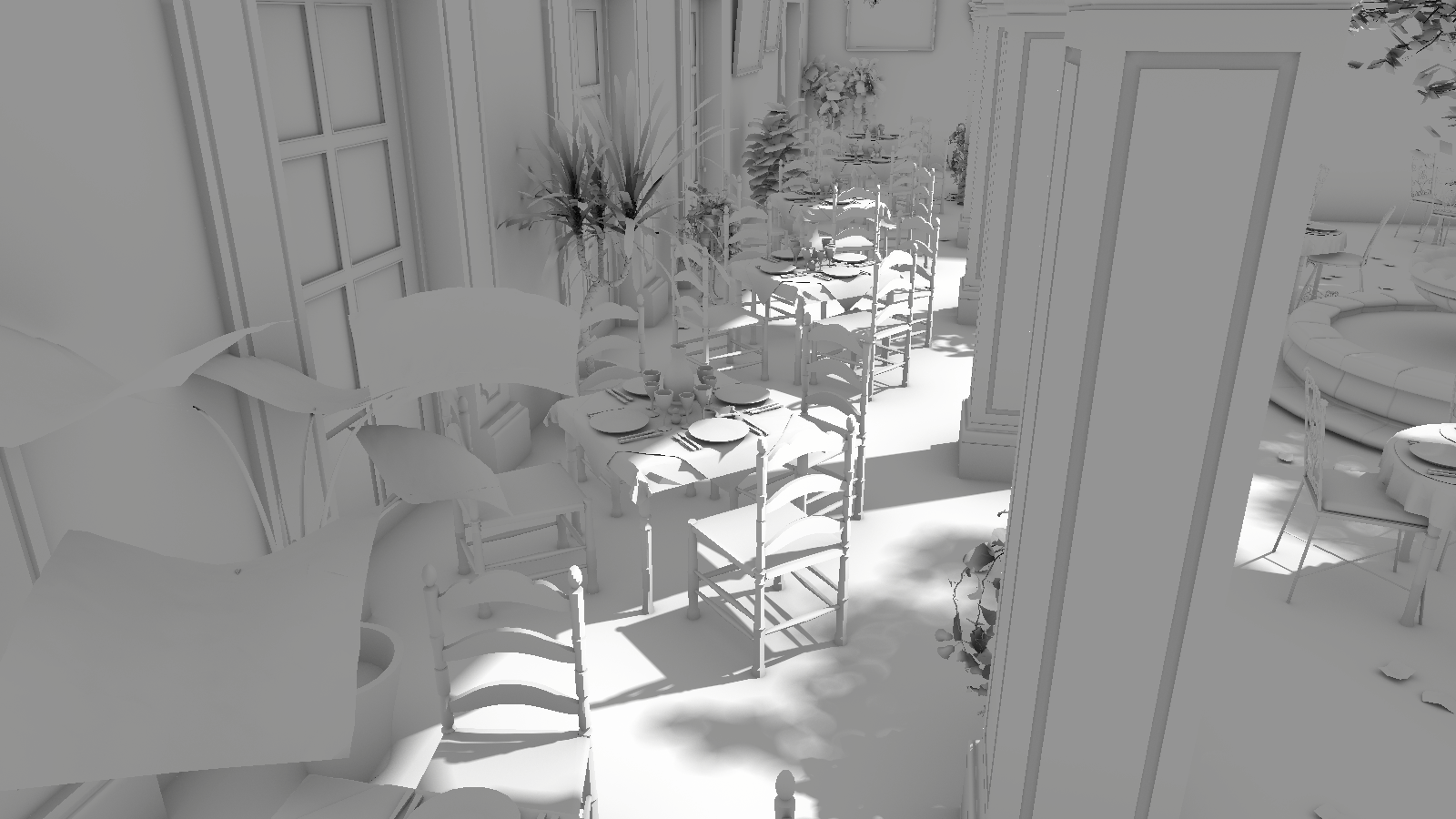 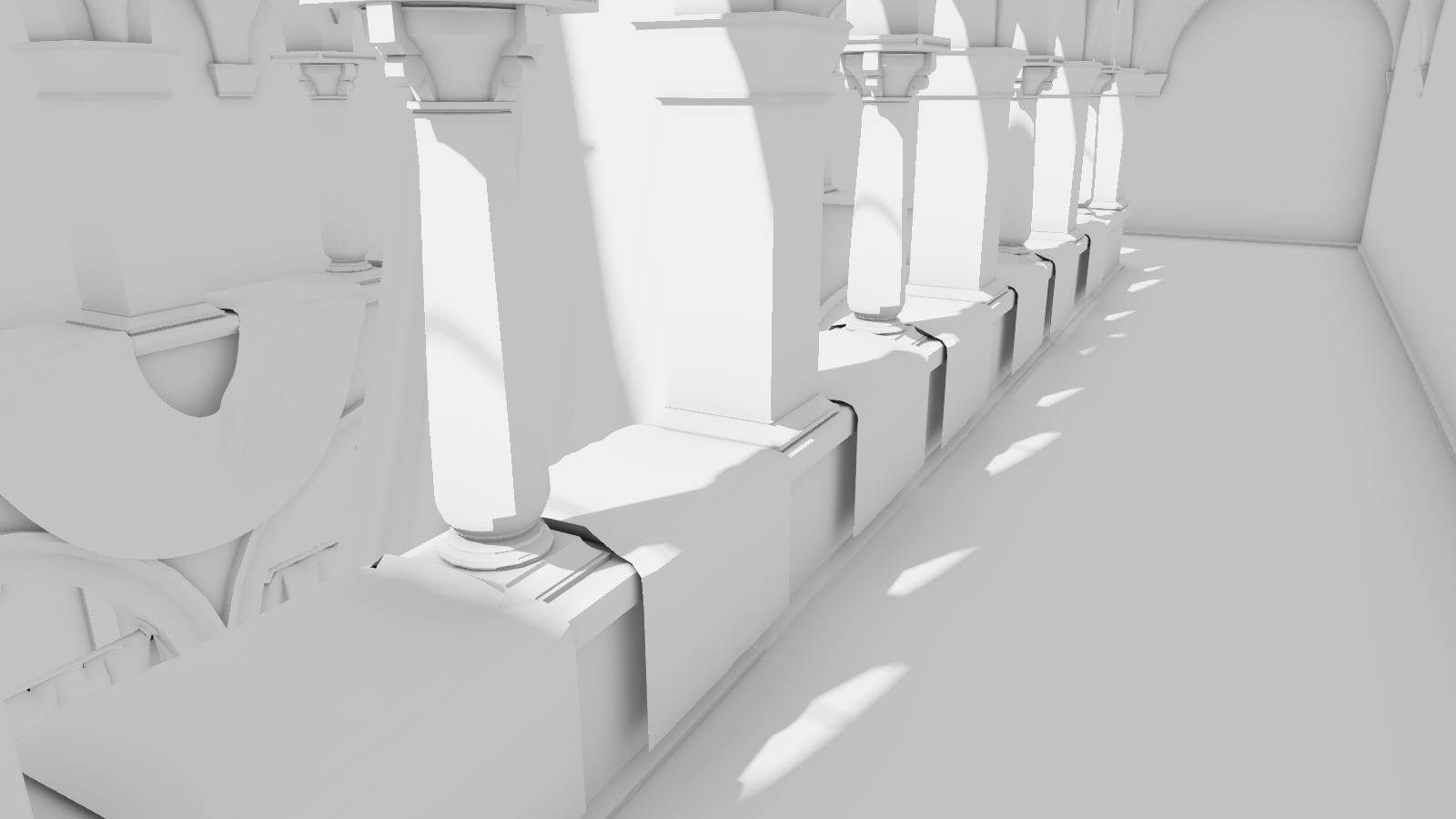 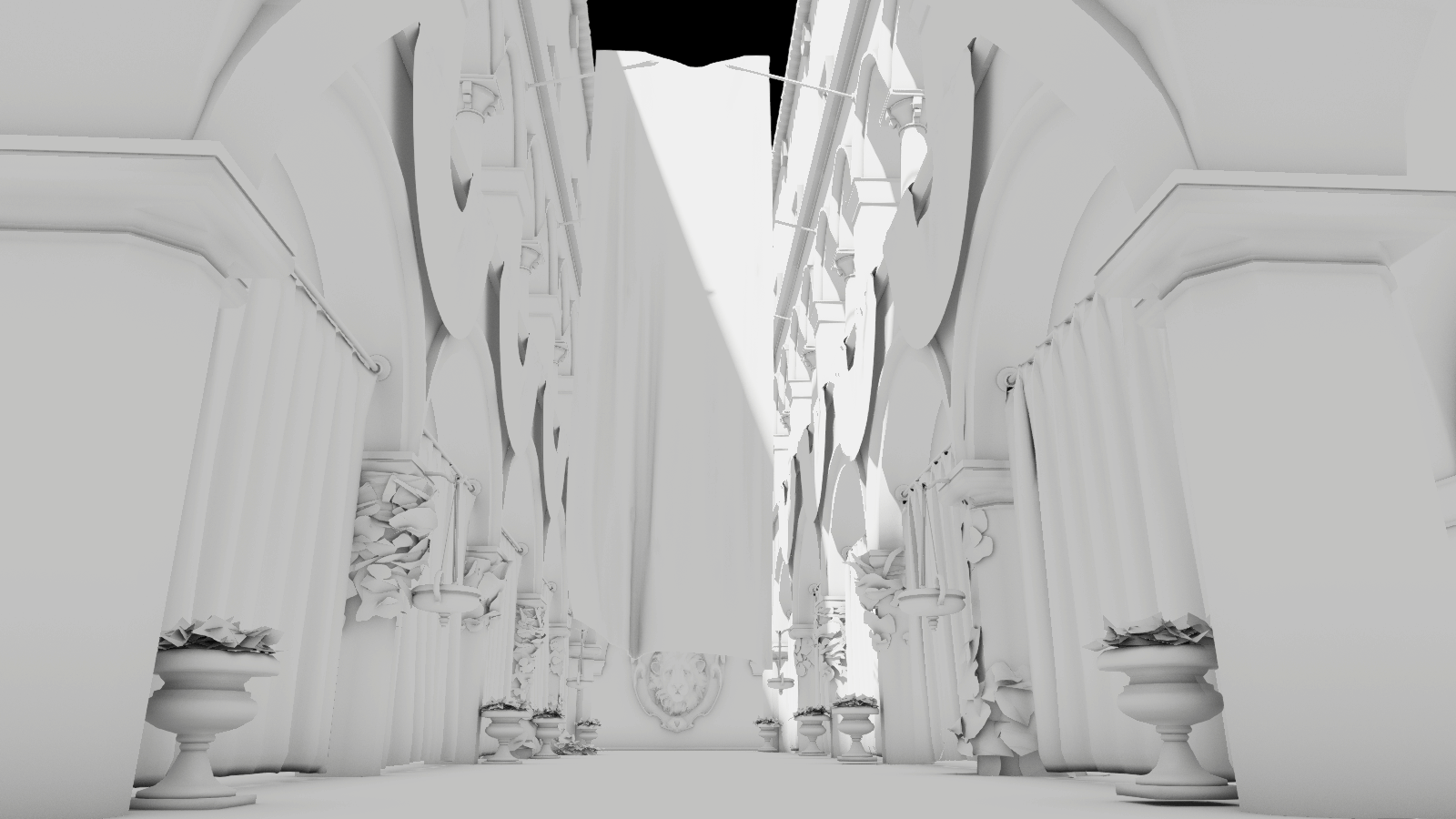 The Sponza model was provided in the MiniEngine framework by the Microsoft Minigraph team. DirectX Graphics Samples on Github.

The San Miguel model is provided under the CC BY 3.0 license. © Guillermo M. Leal Llaguno.